Negotiating in the APAC Region: A Team Sport 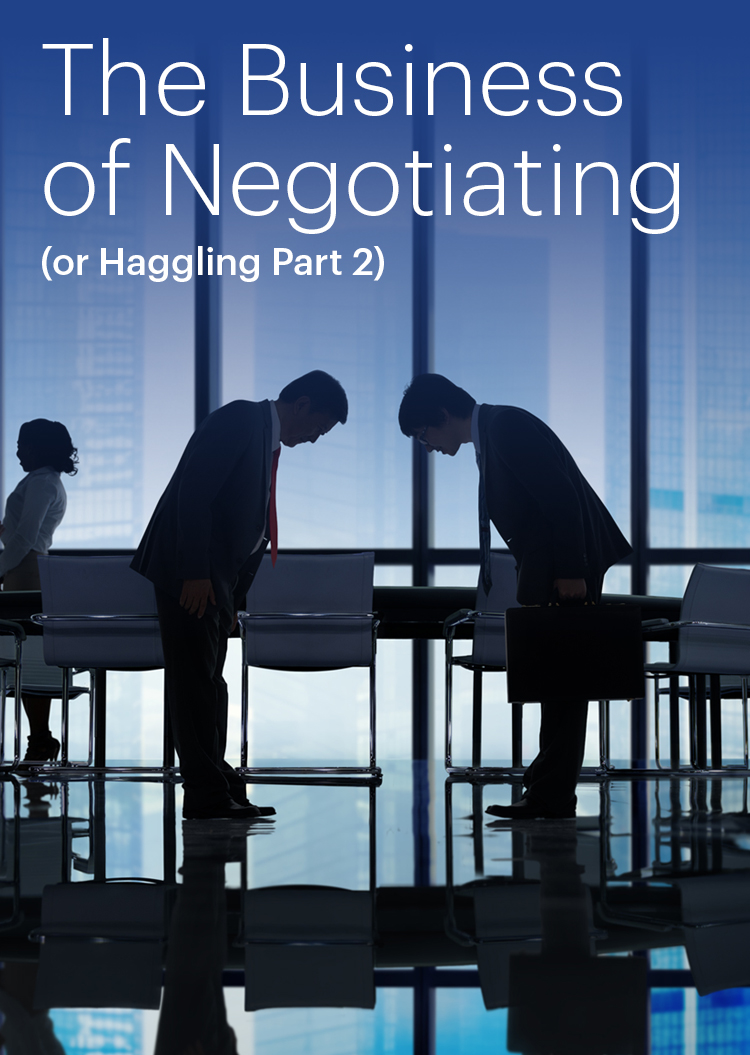 Visiting the Asia Pacific? Welcome to the world of haggling! (Part Two)

By partiipating in exhibitions and establishing your company in the Asia Pacific market, you will find yourself solidifying and deepening relationships. And that will lead you into the world of negotiating—APAC style. Before you start any business conversations that will hopefully be profitable for everyone involved, let’s talk about the negotiating culture.

The negotiating process in APAC countries is a cultural offshoot of marketplace behavior. Just as haggling is not an in-and-out process of buying and selling, negotiating can be a lengthy, protracted undertaking. And unlike Western culture, where so much is accomplished electronically, in the APAC region, face-to-face dealings are mandatory.

There are essential underlying differences in the mindset and behaviors of Asian negotiators. While in Western nations, the individual is primary, in APAC countries, individuals represent their companies—and company representation requires a clear protocol that includes repeated meetings and an ever-expanding cast of players. Negotiating is a team sport. You will not get a quick resolution, and pressuring for one just might shut down talks entirely.

For example, consensus decision-making in Japan can make for a long negotiation process. Your counterparts in the negotiation will need to build consensus within factions that have deep historical or organizational ties, and sometimes even bridge organizations. Usually, multiple working groups are formed to study the problem in detail so that decisions can be made based on perfect information. In Japan, even senior executives rarely have the power to make decisions single-handedly.

A pillar of Asian culture is “saving face” and a reluctance to say “no.” As a result, you may find yourself in endless discussions until there is a total consensus. On the other hand, know when “no” is implied.  “No” might come in a vague, “Well, we’ll have to see about it” or in an intended deal-breaker where the price is ridiculously high and out of budget range.

Here are some tips to remember as your negotiation process evolves:

Finally, don’t make the mistake of thinking that all Asian countries are the same. At Idea International, we have built our business on understanding cultural nuances from one country to another, and from one city to another. Tap into our knowledge to develop your global business.