How do You Explain What You do to Your Family? 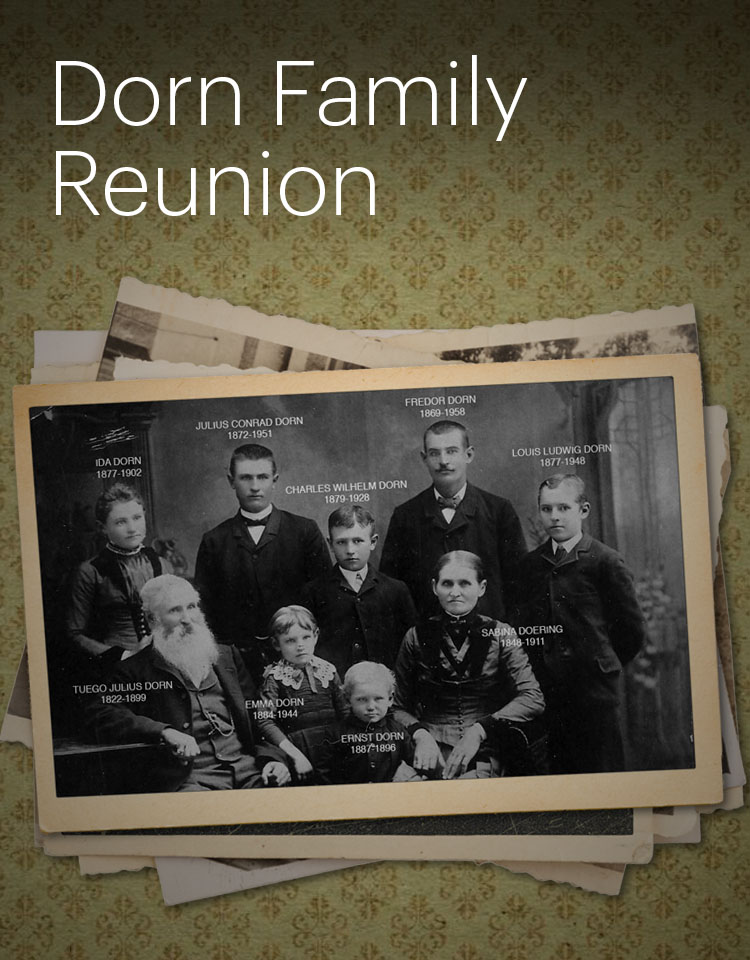 An old friend of mine from Chicago sent me this email—I think we can all relate.

It’s the end of summer here which means family reunion. Everyone shows up in my folks’ backyard, and every year I have this conversation with some relative because no one understands what I do. This year it was Uncle Eddie.

Uncle Eddie: Hey, Lou, good to see you. I don’t know why your folks always want to barbecue—we could’ve ordered pizza from Connie’s.

Me: Great to see you, too, Uncle Eddie. I’m glad my folks still live in Bridgeport because I was just at McCormick Place.

Me: I work in the trade show industry. When companies come to places like McCormick Place for trade shows, I sell them the exhibits, the, um, booths, um, the places where they display their products and stuff.

Uncle Eddie: Really? You do THAT for a living?

Me: Actually, the trade show industry is a lot bigger than you can imagine. You don’t hear much about it, but a guy told me the other day that trade shows contribute $97 billion to the US economy. And trade shows have been around a long time. Everyone connected to the industry is usually too busy to talk about it.

Uncle Eddie: I don’t get it. Tell me more.

Me: Yeah, so the stuff I sell, the exhibits, they can be really expensive. Companies spend a lot of money to exhibit at trade shows. For me, it’s a great way to make a living. I connect with these companies while they’re planning. Like at McCormick, there are a lot of big shows like RSNA, IMTS, Print, ASCO. So, I sell—or try to sell–these companies exhibits. Sometimes I bid against companies that compete with mine, and I win the work.

Uncle Eddie: How big are these exhibits?

Me: Well, they can go anywhere from 100 sq. ft. to 2500 sq. ft. or more. Depends on how large a space the company purchased, something they usually do the year before. They take care of it early because they want to get a good space.

Uncle Eddie: So you, what? You build these exhibits?

Me: Well, I sell the exhibits, my company designs the exhibits, and our shop builds them, a general contractor delivers the exhibits to a space on the show floor—that’s called drayage, and no one likes it–and then a labor company sets them up.

Me: In Chicago? You bet!

Uncle Eddie: Okay, then what?

Me: Well, then there can be a lot of special services that aren’t part of what I sold them—like lighting, renting furniture, maybe flowers. Oh, and then the electricians come in—that’s extra, too.

Me: Of course. Lots of companies use interactive games and touch screens, so electrical hook-ups are important. So, this all comes together, the show opens for three days or so, then we take everything down and pack it up. We ship it to one of my company’s warehouses and wait for the next show.

Me: Trade show exhibitors travel all over the country. Well, actually all over the world. The world is shrinking, and this is the best way to get their products noticed around the globe. You gotta admit, you don’t get much of a chance to talk to people face-to-face anymore, but you do at trade shows.

Uncle Eddie: That’s a lot of travel for you.

Me: You’re right. I’m a regular road warrior. I work most weekends during what we think of as ‘show season.’ I go to a lot of cool places like Orlando or Las Vegas. Sometimes I get to work overseas, like in Japan and Spain.

Uncle Eddie: Japan? You go that far away?

Me: Yeah, Japan is way different from McCormick Place. They use different stuff to build exhibits. Like they use wallpaper on their exhibit walls because they don’t have room in Japan to store things like laminates. Their labor situation is different—the guys who set up the exhibit are from the shop that built it. In the US, we have thick carpet on the exhibit floor. In Japan, they have this really thin stuff.

Uncle Eddie: So do you get some time to see the country—like Japan?

Me: If I have a good partner I can trust—I work with a guy from Iowa who has a company called Idea International. He has a great team, so I get to see some of the sights while his company takes care of the exhibit.

Uncle Eddie: Wait, a guy from Iowa has a company in Japan? I guess he understands what you want.

Me: Yeah, he does. We all work a lot, but it’s fun in a weird way. I don’t have regular hours, I’m jet-lagged half the time, and things sometimes tend to go off-kilter—like there might be a problem with lighting or graphics…

Me: Graphics are like pictures you hang on the wall except they are larger, they tell people at the trade show about the products, and they’re supposed to be eye-catching. Like sometimes graphics might show an ad you see on TV so that everyone recognizes the product. You know what I mean?

Uncle Eddie: Do you have any pictures of these exhibits that you can show us?

Me: As a matter of fact, I do. Let me show you my company’s website. I’ll point out which exhibits I sold and tell you about some of the shows. Hey, we’re not far from McCormick Place. Let’s make plans for you to visit me at work and see for yourself.

Does this sound like YOUR family? Send us an email telling us how you explain what you do, and we’ll publish it in one of our next newsletters.

In the meantime, connect with “a guy from Iowa” and Idea International.