“Idea International provides a stellar partnership and peace of mind!”

When the World Federation of Hemophilia was held in Melbourne, Baxter was the top sponsor. Before we go into what that entailed, let’s look at the exhibiting environment in Australia.

With a population of approximately: 23,261,702 who primarily speak English, mainland Australia is the world’s largest island – but smallest continent—and it is the only continent that is governed as a single country. As we will see later, this has a major influence on regulations governing healthcare exhibiting.

The exhibiting style is a blend of the American and European / UK styles. When you exhibit anywhere in Australia, you use a major contractor for both shell scheme systems and custom exhibits. Electrical services are provided by the major contractor while rigging is normally provided by a supplier appointed by the organizer. Move in/move out times are tight, and there are strict regulations for issues such as fire safety.  All stands and plans need to be approved by the venue, a process facilitated by the organizer. Rental carpet is eco-friendly but colors are limited. Needle punch carpet is available but expensive.

Many materials from the US, UK, and Europe are not available in Australia due to the smaller size of the exhibition market. Signage is expensive to produce. On the other hand, there is no union involvement or drayage when working in Australian venues. When an exhibitor orders a space-only stand, in most cases they only get a concrete floor. They need to source power and lighting, audio visual, and furniture, among other things.

For larger shows, like the WHF, a freight forwarding company is appointed. Smoking is not permitted onsite in all Australian exhibition venues. Contractors can usually take orders onsite for additional furniture, power and lighting, and AV, but there are significant late order charges.

Australia, with its seven major trade show venues, is quickly becoming a desirable location for global trade fairs. Because there is a single governing body for the entire continent and because trade fairs contribute so much to Australia’s economy, there is intense political pressure for the government to give support for the industry. There is true government support for the industry, and because of that, there are practices that make it easy for global exhibiting. For example, although visitors need a visa, Australia uses an electronic process that tags to your passport number. 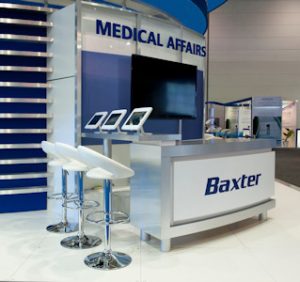 Generally, there are thousands of attendees and exhibitors at Australia’s international trade shows, giving you lots of potential business opportunities. Invest in a badge scanner to gather attendee information.

Be casual. Using first names is perfectly acceptable. Greet with a “hello” or “how are you?” first.  Business card exchange is casual; there is no formal routine as there is in many APAC countries.

Don’t be late for a meeting. Punctuality is important. In making a presentation – avoid hype, bells and whistles, or any exaggeration. Stick to the facts and be direct. Don’t go into too much detail.

Dress is always a question anywhere you go. In Melbourne and Sydney, attire is more conservative or business professional: suits for men and dresses or suits for women. In Brisbane and other beach areas, dress is more casual.

A few other things to remember about the exhibiting environment:

Local labor is preferred. For example, much like the U.S., there are very strict labor rules for installing and dismantling your stand in Australia. Certain people have jurisdiction in certain areas (usually by state). There are some reciprocal laws to allow workers to work in different states but permits and paperwork are required. Try to pull from the local labor pool to ensure workers are licensed to work at the venue or to work with your exhibit house and their labor teams. There are also many restrictions on non-Australian residents working in Australia. Always check with the local Australian government for up-to-date rules. Don’t assume you can just show up and do your own thing. Make sure you or your exhibition company submit all appropriate permits and forms to the venue/organizer for approval before beginning work.

Common exhibit construction includes pillow case fabrication, shell schemes with enhancements or. custom builds. A custom build and burn is a standard practice. Rental exhibits (especially those that use extruded aluminum systems) have become popular. Just as in the U.S., many exhibitors use hybrid exhibits.

While build and burn is still a popular method for exhibiting, more and more companies are finding value in building and storing an exhibit for two or three years, depending on how many shows they do and the locations on the continent. Evaluate your whole program when making the decision on how to build.

Materials used in Australia are very similar to those used in the US. These include wood, laminate, system structures, pre-fabricated laminated wood products, plastics, and so on. Fabric and graphic production is also on a scale like that of the US. Be prepared for a raised floor though. Melamine is often used instead of carpet, but carpet is available if you prefer. Usually it is not as thick as the carpet in the U.S.

Not only are the documentation issues important–strict penalties are attached for non-compliance–there are health and safety laws that must be observed.

Emotions or feelings are not important in Australian business. Many people in the US try to market to an emotion (for example, the cute baby in the commercial). That doesn’t work in Australia. They want facts and figures to make their decisions.

In the US we are prone to making conversation and getting to know someone before we ask for the business. In Australia, they like to just get down to business.

Code of Conduct from Medicines Australia:

According to Medicines Australia, “Promotion,” “Promotional” or “promotional claim means any statement made by a company or company’s representative, whether verbal or written, which conveys the positive attributes of a product which extend beyond a simple non-qualitative or quantitative description of the therapeutic category or approved indication for the purpose of encouraging the usage of that product. It includes statements concerning efficacy, rate of adverse reactions or other cautionary aspects of the product and comparative information.

The last caveat from Medicines Australia is: be prepared for on-site changes.

Idea International is highly experienced in medical exhibiting throughout the APAC region, always allowing enough time to adapt to the local regulatory environment. In this case, the WHF organizers inspected the stands the night before show opening, and they determined that the wall separating the promotional corporate exhibit from the medical affairs exhibit was not tall enough. While the promotional exhibit was fine and talked about the efficacy of Baxter’s products, the medical affairs exhibit could only show the therapeutic area—in this case, hemophilia—and an attendee standing in the medical affairs exhibit had to be prevented from seeing the branded product information in the other exhibit. Idea International augmented the wall so that Baxter would be in compliance and would satisfy the demands of the organizers.

Exhibitor at a Glance

Headquartered in Deerfield, Illinois, Baxter has operated at the critical intersection where “innovations that save and sustain lives meet the healthcare providers that make it happen.” For more than 85 years, their employees worldwide build upon the company’s rich heritage of medical breakthroughs to advance the next generation of transformative healthcare innovations. Baxter’s products, technologies and therapies are available in more than 100 countries with primary focus on the treatment of hemophilia, kidney disease, immune disorders, and other chronic and acute medical conditions.

For 50 years, the World Federation of Hemophilia (WFH) has provided global leadership to improve and sustain care for people with inherited bleeding disorders, including hemophilia, von Willebrand disease, rare factor deficiencies, and inherited platelet disorders. THE WFH Congress is the largest international meeting, dedicated to hemophilia, bringing together more than 4,000 people from 120 countries.

Because of Baxter’s prominence at this meeting, the company had exhibits for multiple purposes. There was a corporate exhibit (40’ x 40’), a medical affairs exhibit (40’ x 40’), a poster distribution exhibit (40 ‘x 25’), and a hospitality exhibit (40 ‘x 35’). The Baxter brand was consistent across all four stands. The main challenge was keeping these spaces compliant to adhere to the promotional guidelines set forth in the Australian Code of Conduct from Medicines Australia. Because the code was adopted relatively recently, regulators erred on the conservative side. Idea International was able to make sure that all of Baxter’s properties were acceptable in the new Australian regulatory environment.

“From the early planning stages throughout execution, Chris and his team performed at the highest levels of professionalism and expertise! Given the fact that the show was in Australia, with the distance and time change, we had to be organized above & beyond and work with local sources to ensure the success of the event program. Chris directed numerous suppliers, talent and technical support, leaving no detail un- attended! This event required sophisticated media, dynamic architecture & lighting, a number of on-site activities & promotions along with robust catering services. Plus, because this was a medical show, we had to make sure we were compliant with local regulations from Medicines Australia. The project management was multi-faceted, and while some challenges arose on-site, everything was handled flawlessly by Chris & his team. I highly recommend Idea International no matter where your program and/or event takes you. They truly provide a stellar partnership and peace of mind!”