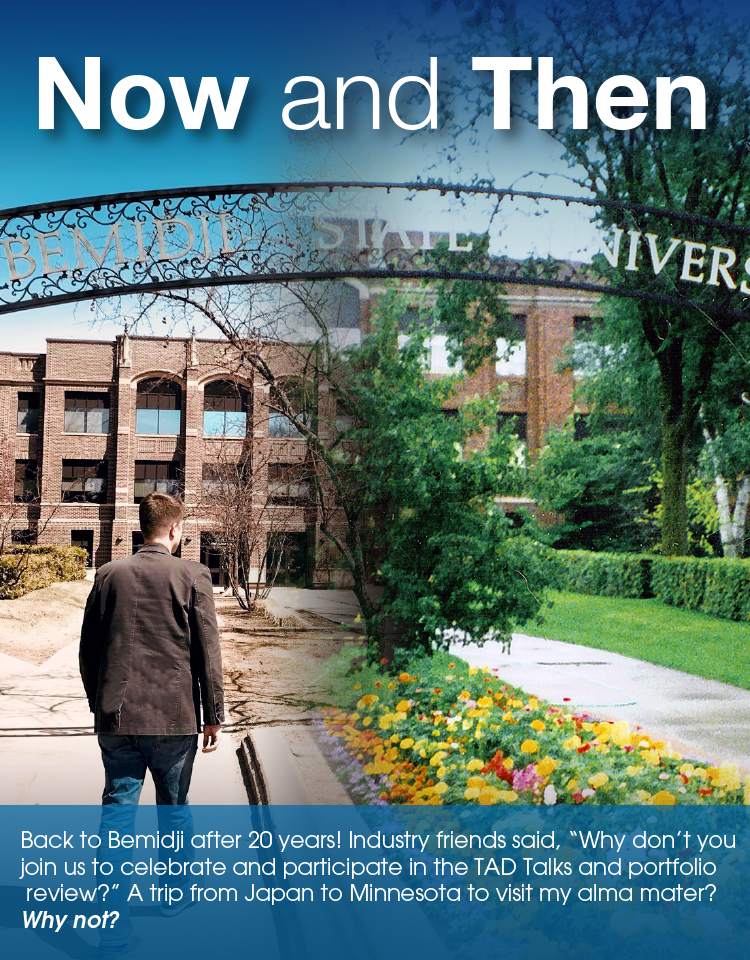 As so many people have found when going back in time, everything isn’t as you remembered. It’s smaller, less daunting. 20 years ago, I wasn’t overly confident, and here I was coming back to where it all began, the president of a company who understands that confidence comes with experience and knowledge. 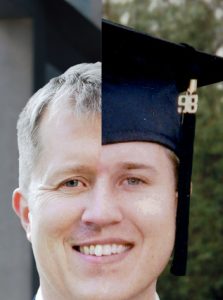 During my student years, I was able to dig up a few odd design jobs here and there. One was for a local auto sales paper where I learned about print production and how to use programs like Quark Express, Macro Media, and Corel Draw (remember those?). The owner sometimes worked all night to get the paper out; he did what he needed to do to get the job done. I also did layouts for a phone book publisher, and I redesigned some company signage for local businesses. When I took the design to the owners, they loved them but told me the changes would be too pricey. For the first time I was hit by the reality of a budget.

I spent my internship and the first year after college at Derse in Milwaukee. Russ Fowler and I had talked at Exhibitor in 1998. I sent him some samples, and he sent me a ticket from Bemidji to Milwaukee, a ticket that cost $800! I accepted Derse’s offer, and immediately called my girlfriend from the Milwaukee airport. We were on our way.

I met many interesting, talented people at Derse. I was doing work that was going to be presented to clients, and the work had to be refined and show a thought process. I also learned that living in the real world was more expensive than being a student.

After Derse, I went to work for Exhibitgroup/Giltspur (EG–now GES), a period that coincided with the burst of the dotcom bubble. Clients started to look at projects differently, and our input sessions focused on big picture thinking, exploring objectives, and anticipated return on investment. I was fortunate that I occasionally went on calls with sales people.

About this time, both my wife (yes, I married my girlfriend) and I were getting tired of Midwest winters. We wanted to try something else. I was always interested in Japan, starting with Japanese video games, cars, management style, and generally lots of cool stuff. At EG, I was exposed to international exhibit work, but no US company was interested in opening an office in Japan. I had no training in the language, so I took some classes in Chicago. Because my wife is Japanese, I had a spousal visa, so on August 1, 2001, we flew from Chicago to Osaka with our suitcases, two cats, no job, and no plan.

My job search was frustrating, and then 9/11 happened. In addition to the imminent threat of global terrorism, the resulting impact on travel, trade shows, and everything in my DNA was in jeopardy. My first job in Japan was teaching English, 1:00-9:00 PM, Friday through Wednesday.

Although I made very little money, I learned many things about Japanese culture and working in Japan from my students. I learned relationships matter and that everyone is responsible for getting the job done. During my days off, I built up my network. I made contacts with ad agencies, architects and began working for GK Expo thanks to my EG network. I learned that the time you put into a job doesn’t matter as much as the result. There is no “that isn’t my job” attitude. A person becomes a “jack of all trades.” I learned I could do what I was doing for GK Expo for myself, and in February 2004, Idea International was officially incorporated as an LLC.

One of the primary reasons I started Idea is that trust is everything. Provide the best service, make it easy for clients, make them look good, put their best interests first, and you have a winning formula. Maybe it’s the Iowan or Midwestern values in me, but I believe in hard work, honesty, and transparency.

Twenty years, 2 kids, and a thriving company poised for expansion later, my message to the Bemidji class of 2018 is: be yourself, understand who you are. Listen. Be curious. Be a good team member. Do whatever it takes. Don’t be afraid to make mistakes or to admit when you’re wrong. That’s the only way you will get the experience and knowledge to make it through the next 20-plus years.